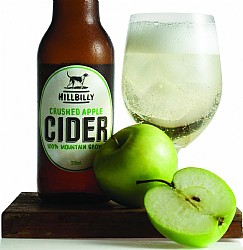 Retail open Wednesday to Sunday, 10.00am to 3.00pm.
Cafe open Saturday and Sunday, 9am to 5pm.
THIS IS NOT A PICK YOUR OWN FARM


This is NOT a Pick Your Own Farm, but we do have great local and regional fruit that comes direct from the Farms.

THIS IS NOT A PICK YOUR OWN FARM

Bilpin's first cider company and the first to open a cellar door, our product is made using only freshly crushed fruit, there is no added sugar and it is all gluten free.

Visitors are treated to a tasting across the product range and are invited to take a stroll around the grounds including the gardens, orchard and up to the sheep and alpacas paddocks.

Bilpin Cider is available all year round

TNT Produce will be open this weekend Saturday 2nd and Sunday 3rd July 10 too 4pm and during the school Holidays Tuesday 5th Wed 6th & Friday 8th 10.30 to 2.30pm check our instagram or facebook for updates. We have plenty of delicious crunchy tasty Pink Lady for PYO
School holiday special half price at $2.50 Kilo We also have free range eggs from our chickens and other farm animals. No eftpos available and no booking required.

We are a family run business that is third generation Orchardists. My Husband and I have been farming for over 40 years. Our two sons have come into the business and are eager to bring new and fresh ideas to our business. Our farm is nestled in the heart of Bilpin, we are one of the biggest Orchards in Bilpin with thousands of trees to pick from and we take pride in our fruit and only grow quality apples, persimmons, peaches, plums and nectarines.
We have know added vegetables to our orchard but you have to check our instagram or facebook for updates on picking times.
We also have animals for the kids to see and sell free range eggs from our chickens.

We are situated in a quiet and tranquil street so you can get a real feel for the country lifestyle without all the noise of the city.

We send most of our fruit to Flemington Markets but would like the public to have the opportunity to taste a crunchy tasty fresh apple straight off the tree.

We also sell local produce from our shed such as Honey, Jams, Vinegar, Cider, Bilpin Apple Juice and lots more........

Please NO phone calls, send a text message or email if needing further assistance and we will get back to you ASAP.

Visit the rustic Hillbilly Cider shed in Bilpin to sample our award winning range. Kick back with chilled glass of cider looking out over the orchard and the famous 'Big Log truck". When you've worked up a hunger we'll cook you a wood fired pizza. You can purchase our ciders to take home including limited releases only available at the shed.

The ciders are made purely from local mountain apples with no added sugar or artificial flavours. They are gluten free and suitable for Vegans.

You can also find us at the Castle Hill Farmers and Fine Food market, on the 2nd and 4th Saturday. See https://www.facebook.com/HarvestTrailsAndMarkets/ for the latest market postings. Also Richmond Good food market every Saturday.

Other stockists are listed on www.hillbillycider.com.au

Wildwood is a garden in Bilpin which has been developing for more than 30 years due to the efforts & skills of Wayne & Sue Tapping who bought the land in the early eighties.

They chose the name Wildwood as their plan was to make a formal garden without losing the wildness of the native landscape. They have decided that the property has now got to the stage that it should be available for everyone to appreciate.

Situated in the heart of Bilpin amid the orchards & tall trees of the Blue Mountains it is a large garden many would love to explore.

It is not just a place to wander in and enjoy the plantings as it has a café with fabulous views, a gift shop & specialist nursery with treasures propogated from plants in the garden.

There is a cherry walk, dogwoods & other blossom trees, camellias, azaleas, massed clivia, & hellebore, hydrangea, deciduous trees that are spectacular in autumn & ferns that surround a magnificent waterfall with ponds.

There is also a large lake surrounded by lawns & topiary where you can picnic. It has sweeping views, deep volcanic soil, bore water & is a delightful place to visit at any time of year.

They began this garden more than 30 years ago & also opened a retail nursery at nearby North Richmond. The Nursery closed in 2010, allowing the couple to pursue their dream of an open garden with gift shop, nursery & café.

This 5 hectare garden nestles among 10ha of towering native trees. It is set on a gentle slope with broad, crushed granite paths that meander beside a waterfall & ponds then beneath the trees & across sweeping lawns to a tranquil lake. Seats are scattered throughout to encourage visitors to relax & enjoy the atmosphere.

Wildwood’s café serve morning & afternoon teas, snacks & light lunches with delicious sandwiches, salads, cakes, pastries & season specials. There is a selection of homemade goodies which are scrumptious but be sure not to miss out on the Wildwood’s very own homemade apple pie – it is just so delicious. Enjoy a panoramic view over the garden from the café verandah. Visitors are also welcome to picnic by the lake.

The Gift shop and nursery is well stocked with appealing gift ware & local products. The nursery has a range of plants, many of which are propagated from those which are growing in the garden including some rare & unusual finds. You are sure to find something special here


From an Article by Jennifer Stackhouse, Wildwood Open 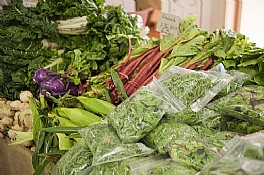 Starts at 8am and finishes 12 noon. See the attached document below for market dates.

Runs the Second Saturday and Fourth Saturday of Every Month, except January.

This is a seasonal market and the produce advertised will only be available in season.

The Hawkesbury Harvest Farmers' and Fine Food Markets are just what the doctor ordered. An abundance of fresh produce to tempt the taste buds of most hunters and gathers.

Let's begin our journey by succumbing to the tantalizing aroma of freshly ground coffee beans brewing away in the crispy early morning air of the showgrounds. As you sip your coffee you will drawn by the perfumes of the many freshly cut blooms as the flower stalls arrange a vast array of colours and species to suit all occasions.

As you do the rounds it's hard not to be drawn to the amazing variety of fresh herbs and spices available. The crispy baby rockets, extra virgin olive oils, sun dried tomatoes and amazing array of olives and fresh basil.

Willowbrae cheesemaker Karen Borg uses a traditional French farmhouse method to produce a variety of goats cheese sold at the markets by her husband David.

Crunchy sourdough breads, traditional pasta's even the staple family meals like bangers and mash can be accommodated.

The fantastic array of gourmet European sausages and the variety of old fashioned Irish spuds will turn a staple Aussie meal into a Chef's delight !

Our markets promote the importance of fresh seasonal produce, sustainable local agriculture, showcasing small business and introduce our many visitors to the wonders of our Region, The Hawkesbury.

Glenbernie Orchard is located within the beautiful Illawarra mountain escarpment, approximately 30kms north of Wollongong in NSW. The new Dharrawal National Park created in 2012 is the farm's closest neighbour.

Ted and Ellen Fahey began the farm in 1939 making a living from selling their home grown eggs and vegetables.

Their son Edward Fahey (Ted Jnr) planted the first apple tree in 1952. Ted Jnr continued to grow the business assisted by his wife Ruth. The family purchased additional land in the 1980's bringing the total possible planting area to around 100 acres. The land is very fertile with a climate suited to growing a variety of fruit and vegetables. Ted and Ruth’s eldest son, Glenn, now manages the farm producing apples, peaches, nectarines, plums, apricots and persimmons.

The farm’s retail shop, the ‘Apple Shack’ is located on the farm. You can visit the farm to buy fresh fruit and seasonal produce,Apple cider, apple cider vinegar, jams, preserves and honey 7 days a week.

Apples are sold year round including varieties such as Royal Gala, Jonathan, Red Delicious, Fuji, Granny Smith and Pink Lady.

Peaches, nectarines and other stone fruits are available from November to February.

Persimmons are not available this year.

Open for Shed Sales of Apple Juice, Apple Cider, and fruit (when in season) & local honey - Summer - Mon- Fri 9.00 to 4.00. Only open weekends on days we run PYO. See our website for full details.

We take our produce to Liverpool Growers Markets (at Chipping Norton) every Saturday from November to beginning of July.

Nestled in the hills just outside of the country town of Picton, is the family owned and run “Cedar Creek Orchard” which was purchased in 1937 and now has its 4th generation helping to run the family farm.

The Silm family began planting apple trees here in 1941 after Mr. Silm (Snr.) and young Ron Silm found that apples were good feed for the poultry they were breeding. For many years, only apples, of different varieties, were grown.

The orchard began to diversify into stonefruit in the 1980’s, when Ron’s two sons (Michael & Mark) joined the business, and the season was further extended during the 1990’s with plantings of Persimmons.

Today, the orchard is run by Mark & Lynelle Silm, and their eldest son, Damien (4th generation). Sadly, Mark's parents both passed away in 2015. It has approximately 23,000 trees – the produce of which is sold mostly on the domestic market, as well as local Produce Markets, from the shed door & seasonal Pick Your Own days.

Shed sales, directly to the public, begin in November with nectarines, (yellow & white) then peaches, (white only) available through to the end of January.
This is followed by apples from end of Jan to May, and then finally persimmons from April to early June.

The varieties of persimmons we have are Makawa Jiro & Fuyu, which are both the non-astringent type – i.e. can be eaten when still hard, just like an apple. It’s quite a sweet fruit, and is extremely popular amongst the Asian population.

We are especially proud, also, of our “Cedar Creek Black Label Apple Juice” which is a pure 100% apple juice with no preservatives, no sugar and no added water. The apples are crushed right here on our farm and the bottling is also done in our own bottling plant on the farm.

We have been making apple juice for over 30 years, and have developed this unique, exceptionally tasting apple juice, which is made all year round. People always comment “it actually tastes like apples”.

Plus quality apple juice made on site, all year round.

« Return to All Produce